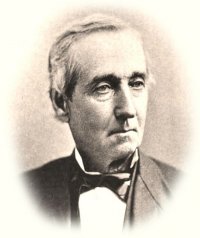 He was descended in the sixth generation from Jonathan Dickinson, first president of the College of New Jersey (now Princeton University), and his ancestors had been closely connected with the Presbyterian church. He graduated in 1840 from Lafayette College, where he was tutor in mathematics (1840–1842) and adjunct professor (1843–1844). In 1846 he graduated from Princeton Theological Seminary, and was instructor in Hebrew there from 1846 to 1849.

He was ordained in 1848 and was pastor of the Central Presbyterian church of Philadelphia from 1849 to 1851. From August 1851 until his death, in Princeton, New Jersey, aged 75, he was professor of Biblical and Oriental Literature in Princeton Theological Seminary. From 1859 the title of his chair was Oriental and Old Testament Literature.

He was the scholarly leader of the orthodox wing of American Presbyterianism, and was the moderator of the General Assembly of 1891. Green was chairman of the Old Testament committee of the Anglo-American Bible revision committee.