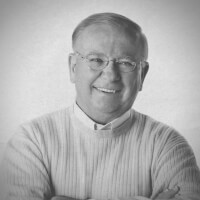 Dr. Leman is known worldwide as a psychologist and contributor to radio and television programs. He is distinguished by his wit and a healthy, open-minded approach to psychology. He is the author of many books, several award-winning books, and a family consultant.

He is the founder and president of Couples of Promise, an organization dedicated to helping married couples keep their families happy.

Dr. Leman studied at both universities. In Arizona, he received a bachelor’s degree in psychology and later defended his doctoral dissertation there.

Originally from Williamsville, New York, Kevin Leman now resides in Tucson, Arizona with his wife, Sandy. They have five children.

Кевин Леман
Read the author's books online or in the application, which can be downloaded from the link below. Kevin Leman's books best known for such topics as интим, уважение, психология, секс, взаимоотношения.