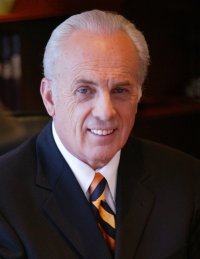 John Fullerton MacArthur, Jr. (born June 19, 1939) is an American Evangelical Christian pastor and author known for his internationally-syndicated radio program Grace to You. A popular author and conference speaker, he has served as the pastor-teacher of Grace Community Church in Sun Valley, California since February 9, 1969 and also currently serves as the president of The Master's College in Newhall, California and The Master's Seminary in Sun Valley, California.

Theologically, MacArthur is considered a Baptist, Calvinist, Fundamentalist and a strong proponent of expository preaching. He has been acknowledged by Christianity Today as one of the most influential preachers of his time, and was a … Show more

frequent guest on Larry King Live as a representative of an evangelical Christian perspective.