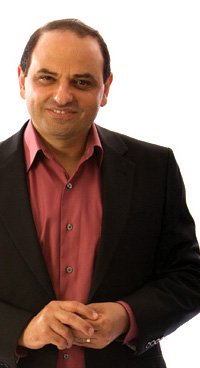 J.John lives in Chorleywood, Hertfordshire. He is married to Killy and they have three sons, Michael, Simeon and Benjamin. J.John became a Christian in 1975. J.John has been described as refreshing, humorous, passionate, earthy, accessible and dynamic.

J.John is a creative Christian speaker with an appeal that transcends gender, age, race, culture and occupation. His much-loved art of storytelling helps people to discover spiritual meaning in a way that makes sense of everyday life.

To date, he has completed thousands of speaking engagements at conferences, towns, cities and universities in 69 countries on 6 continents. J.John has authored over 50 titles, and there are over a million copies … Show more

of his books in print in thirteen languages. J.John believes that contemporary society is showing many alarming signs of having turned its back on God or being unaware of his existence. He argues that the loneliness and anxiety and broken relationships that trouble many people are often symptoms of this separation.