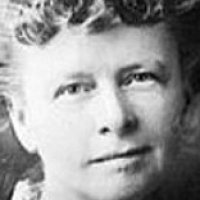 She was born as Eleanor Emily Hodgman in Littleton, New Hampshire on December 19, 1868, the daughter of Llewella French (née Woolson) and Francis Fletcher Hodgman. She was trained as a singer, attending New England Conservatory for several years. In 1892, she married John Lyman Porter and relocated to Massachusetts, after which she began writing and publishing her short stories and later novels. She died in Cambridge, Massachusetts on May 21, 1920 and was buried at Mount Auburn Cemetery.

Элинор Портер
Read the author's books online or in the application, which can be downloaded from the link below. Eleanor Porter's books best known for such topics as рассказ, радість, Поллианна, радость, роман.