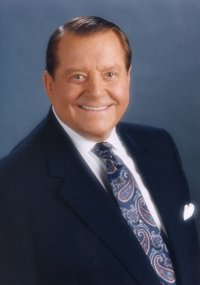 Dr. Bill Bright, fueled by his passion to present the love and claims of Jesus Christ to "every living person on earth," was the founder and president of Campus Crusade for Christ (CCC). The world's largest Christian ministry, CCC serves people in 191 countries through a staff of 26,000 full-time employees and more than 225,000 trained volunteers working in some 60 targeted ministries and projects ranging from military ministry to inner-city ministry.

Bill Bright was so motivated by what is known as the Great Commission, Christ's command to carry the gospel throughout the world, that in 1965 he wrote a booklet titled The Four Spiritual Laws, which has been printed in 200 languages and … Show more

distributed to 2.5 billion people, making it the most widely disseminated religious booklet in history.

In 1979 Bright commissioned the JESUS film, a feature-length documentary on the life of Christ. The film has been viewed by more than 5.1 billion people in 234 countries and has become the most widely viewed and translated film in history.

Dr. Bright died in July 2003 before the final editing of this book. But he prayed that it would leave a legacy of his love for God's Word and its power to change lives.